“We are hardwired to connect with others, it’s what gives purpose and meaning to our lives, and without it there is suffering.” – Brené Brown

Preparing for a second holiday season in the pandemic era, I have found myself seeking a deeper understanding about what makes us whole and human. The incredibly long period of being separated from simple in-person exchanges with friends, family and especially “strangers” has created in many of us an ever present feeling of hesitation, self-protection, and even mistrust. This unease now permeates everything we see and hear about how things are going globally, nationally, locally and even between family and friends.

As a pragmatic optimist, I want to uncover tools on how we can approach this unprecedented season, unlike any before with abundant joy, kindness, and even if it is a bit tempered – open arms to the love and support of our beloved tribes.

Last week, I happened upon a wonderful Krista Tippett interview of psychiatrist Bessel van der Kolk, author of The Body Keeps the Score, and one of the world’s most innovative practitioners of understanding traumatic stress and also human resilience in the face of it. He pointed out that to heal from trauma (and this past period certainly fits), we need to be in a place and in a social context that promotes a feeling of safety – bodily safety, emotional security, personal connection.  So when a horrible or frightening event happens to us and for one reason or another we are not in a social context that makes us feel safe – among people who love us, trust us, care for us, nurture us, then we can become stuck in the traumatic experience. In our minds, it then takes on a life of its own, and colors much of how we relate to the world and even our own bodies from that point on.  This is why traumatic experiences at the hands of the very people who are meant to care for us, can be so damaging.

That’s also why the idea of gathering to celebrate good tidings this year brings up a mixed bag of emotions.

Coming together with other people for holiday gathering has always been a dance between vulnerability and self-protection, and in these uncertain times this feels even more delicate. On one hand, there’s the thrilling anticipation of noisy laughter and/or awkward discussion over a sumptuous meal that leaves us maxed out on food and family.  And then, there’s also the sinking dread of coming away from hugging your frail grandpa – or someone in your family who has not been vaccinated, with whom you’ve also shared a heated conversation over pie, and finding out on Friday that you’ve tested positive for Covid.  This year, as the world and the country is deep in ongoing turmoil, it feels like we need some professional help in remembering how to talk to one another, and in that process, how we can reconnect with ourselves.

A great place to start in this journey on mastering the art of connecting again can be right here with some Optimist Daily articles that helped me.  For example: tips on having a conversation with someone you disagree with, communication habits that prioritize the relationship over “winning” an argument, and a useful model of “mindful listening”.  In general, having a positive, productive conversation boils down to three things: being present, being open, and being respectful.  When we show up as one human being talking to another human being, we have a chance to get past surface stereotypes and find places of congruence and connection.

But this is often easier to imagine in the abstract than when you’re face to face with someone who you don’t see eye to eye with.

Co-founded in 2011 by Joan Blades, and two collaborators who came from very different places on the ideological, geographical and cultural spectrum, LRC has grown from an experiment in tone setting and divide bridging into a movement rebuilding connection and seeking to heal our cultural divides.

Joan is also a co-founder of MoveOn.org and MomsRising.org, so she’s old hand at starting powerful grassroots organizations.  With LRC, she and her co-founders were interested in reconnecting the majority of Americans from all walks of life who find divisiveness problematic.  When Summers and I sat down with Joan on the Optimist Daily Update podcast, she explained that, “Living Room Conversations are an opportunity for people all around the country to have their own good conversations with people that see things differently.”

This may seem hard to imagine, because so many people have seen such bad interactions that they are concerned about trying to get together with others that seem to share little common understanding.  But, it turns out that when they sit down together, the first thing they discover most of the time is that they actually like each other.

(If you’re a podcast fan, Summers and Kristy recently had the chance to sit down with Joan to learn more about her and the Living Room Conversation model and its promise on our pod – The Optimist Daily Update.)

“What we learned really quickly, is that we can talk about all kinds of things, but you have to start where people are,” Joan explained. Of course everyone involved also has to be open to the experience, and as long as that’s there, things can shift.  “The power of listening is something that continues to impress me.”

Practicing the Art of Conversation

Last week, I had the incredible opportunity to experience  a “Living Room Conversation” first hand.

I invited two people from my life, Joan invited two from hers, and at the appointed hour, we convened in a Zoom room to discuss “America’s Founding Aspirations”.  We were two women and four men, ranging in ages from 21 to 75, mostly in California, but a few with Midwestern roots.  We scheduled the meeting over lunch, and agreed it was ok to turn off our video cameras while we took bites.  My friend Mark, a college student, put up a fake background from time to time to hide his roommate’s shuffling around behind him as we talked.

Joan’s friend Pedro, who happens to be a pastor as well as being an experienced host, took the lead in getting us going and helping to set the tone. Reading from the guide, he explained that the point is not to debate or persuade, but rather to be open and curious about all perspectives, to see what can be learned from one another.  There’s no preparation required, just a willingness to show up and talk, and also slow down and listen.  This is what would make it a good experience.

In a round robin style conversation, with each participant reading one of the “conversation agreements”, we learned more about one another and broke the ice. By sharing a short statement of who we are, and what brought us there that day, we found our way to an initial common ground. Listening was the goal, even if it was hard at some moments.

When we had the chance to respond to each other or go deeper in response to other comments or whatever had come up for us, it felt both risky and freeing.  An intellectual conversation that could have been dry and vague, became personal. I felt comfortable ‘thinking out loud” and enjoyed the chance to hear real thoughts and points of connection from the two people with whom I did not think I could feel such instant rapport, and it allowed me to learn surprising insights from people who I knew well.

Two moments stood out to me.  The first was when 21-year-old environmental studies major Mark responded to the question, “What role, if any, do you experience our history playing in America today?” He remarked on the capitalist origins in America’s founding, and the role that greed seems to have played in the outrageous lack of action on environmental issues. This took the conversation into a fascinating direction I had not anticipated for a conversation about America’s founding ideals.

A second powerful moment was when Pastor Pedro reflected on the words “self-evident” in the Declaration of Independence, and asked how, if it is “self-evident’ that we are “all created equal,” why are inequalities so prevalent and so accepted by most of us?  Are we disconnected from ourselves, he asked?  Or is it something else that keeps us from accessing this “evident knowledge” and seeing that all are essentially worthy of existence, freedom and the pursuit of happiness?

I had never thought to ask what those words in this context actually meant before, and I’ve continued thinking about it in the week since then.

Our conversation was not easy; it was not simple, and it was at times very uncomfortable as we listened to unexpected and intense perspectives. However, we were prepared with our agreements and framed by the commitment to listen to not react. This is what I take with me and want to share with you as advice for holiday gatherings: Listen, be open, find common ground, recognize we all have a different perspective, learn, and grow. 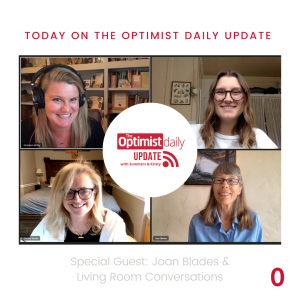 Sitting there in Zoom, my face in one of six squares on the screen, I felt both close to the others in the “room” and secure in my own skin.  As Pedro remarked at the end of the conversation hour, we were all contained in the larger square of the screen, each in our own space. This safe space, coupled with non-threatening conversation tools, allowed us to each drop our defenses for a few minutes, listen to one another and be heard.  It allowed for vulnerability, which is the prerequisite for trust and belonging.  It is what builds connection.

Let this holiday season be about re-building connections for us all. 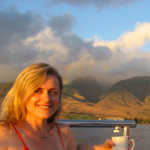 Jessica Watkins is first Black woman on a long-term missi...