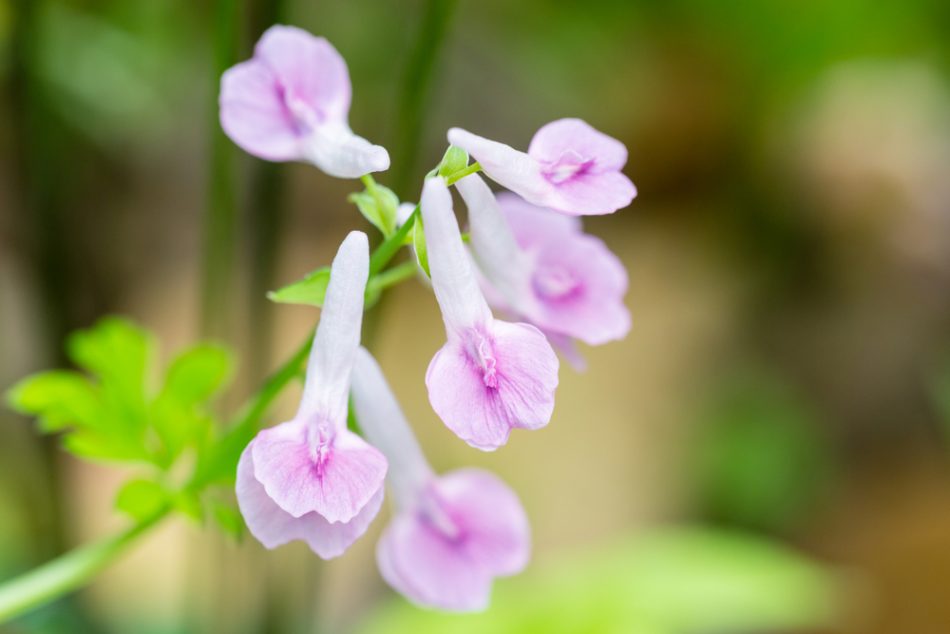 Opioid overdoses are on the rise in the US and around the world, and the pandemic has only exacerbated the situation. Addiction treatment, harm reduction, and improved health access are all effective strategies for addressing this issue, but on a more individual level, a new study from UC Irvine and the Jordan University of Science and Technology demonstrates that the plant Corydalis yanhusuo (YHS) could be an effective therapy to reduce overdoses and even prevent addiction in the first place.

When used in animals, the therapeutic plant has been shown to prevent pain and reduce the negative effects of opiate use. The researchers hypothesize that the plant could be used in conjunction with morphine in hospitals to inhibit tolerance and reduce the chance of addiction.

“Opiate tolerance is of utmost importance to opiate users,” says study author Olivier Civelli. “They need to constantly increase the need of opiates to reach the same analgesic response. This is what leads to opiate overdose. YHS prevents opiate tolerance, so there is less need to increase opiate consumption.”

Although the plant has not yet been used in official trials to monitor its effects on opiate use and addiction in humans, the plant is commonly used in traditional Chinese medicine and sold as a “botanical” in certain grocery stores.

There are about 12,200 new head and neck cancer cases in the UK every year, and many of these patients are diagnosed at advanced stages when the disease is very difficult to treat. The standard treatment currently offered to many patients with advanced cancer is “extreme” chemotherapy, which can have serious side effects. A recent medical breakthrough, however, could offer better, kinder treatments for these patients and increase their chances of survival.

As part of a landmark trial, a cocktail of immunotherapy medications employed patients’ immune systems to kill cancer cells in their body and prompted “a positive trend in survival,” according to scientists at the Institute of Cancer Research (ICR), London, and the Royal Marsden NHS foundation trust.

A patient who was expected to pass away four years ago was elated to hear the good news that only weeks after he joined the study, his tumor had “completely disappeared,” he told The Guardian. The 77-year-old man is now cancer-free and spent and enjoyed last week on a cruise off the coast of the UK with his wife.

The new treatment consists of a combination of nivolumab and ipilimumab medications, which proved to reduce the size of tumors in the terminally ill head and neck cancer patients. In some cases, the doctors were surprised to find no detectable sign of disease, as the tumor vanished altogether.

In addition to boosting the long-term survival chances of patients, the treatment also prompted far fewer side effects compared with the often grueling nature of chemotherapy.

Though the ICR said the results from the phase 3 trial, involving almost 1,000 dying head and neck cancer patients, were early and not statistically significant, they were still “clinically meaningful,” with some patients living months and even years longer and suffering fewer side effects.

“Despite the lack of statistical significance, these results are clinically meaningful,” said Prof Kevin Harrington, professor of biological cancer therapies at the ICR, who led the CheckMate 651 trial. “We will need to do a longer follow-up to see whether we can demonstrate a survival benefit across all patients in the trial.” 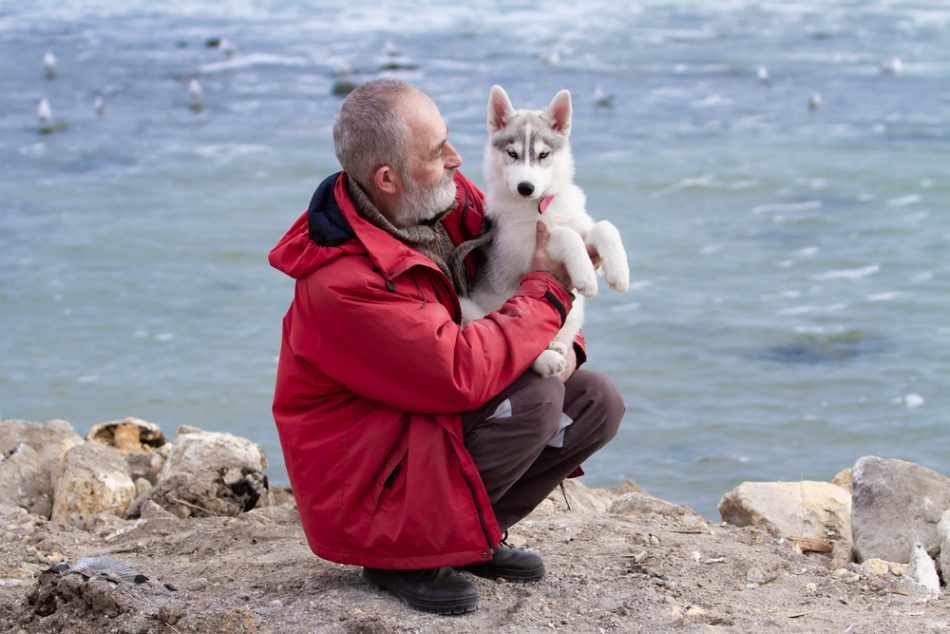 Research has shown that having a dog can help boost our physical and mental health as well as make us feel younger. Pets are an enormous source of joy and comfort, and as dog parents, we want to help our furry friends live a long and happy life. Today, we share six tips from MindBodyGreen holistic veterinarian Karen Shaw Becker, DVM on how to best support the health and wellbeing of our dogs.

Get some cardio in

Just like humans, dogs need daily movement to stay healthy. Get your dog out for at least one short walk every day and try to walk them somewhere with soil and grass as it benefits their immune systems.

Animals benefit from experiences that feed their brains. For dogs, this can be a romp off leash in a dog park or a treat puzzle.

We are what we eat and our pets are no exception. Most popular pet food brands contain high levels of carbohydrates which aren’t good for our dogs. Talk to your vet about more nutritious food options and consider switching to simple dried meat or fruit treats rather than heavily processed ones.

Dogs are social creatures, but those adopted during the pandemic may be out of practice when it comes to playing well with others. If your dog doesn’t enjoy the dog park, identify friends’ dogs they are comfortable with and schedule less stressful one on one playdates. Training your dog will also provide mental stimulation and help prevent boredom.

Just like humans, dogs experience short bursts of electrical activity, called spindles, during non-REM sleep. These help dogs (and us) consolidate memories and retain information. Create a safe, quiet, dark space for your dog to sleep. If you have a busy household, placing a crate in a separate quiet room can help your pup feel more relaxed and let them know they have their own space to go to when they need to rest.

Learn from their cues

No two dogs are completely alike, so observe how your dog reacts in different scenarios to get to know them better. Do they feel uneasy around children? Do they enjoy playing in the morning more than in the evening? Identifying these tendencies can help you better support and nurture your dog through all stages of life.

A recent study led by the Wildlife Conservation Society (WCS) has good news for gorillas. The study found that the number of Grauer’s gorillas, the world’s largest gorilla subspecies, has increased from 6,800 compared to a 2016 estimate of 3,800.

The 3,000 animal increase is a promising sign for conservationists working to protect the species, only found in the Democratic Republic of Congo, from habitat loss and poaching. The study authors note that the surprising population increase is encouraging, but threats still persist for these critically endangered animals.

The gorillas live in Kahuzi-Biéga National Park and contiguous Oku community forests, but they are frequently killed for bushmeat. The region also experiences land clearing for mining which decimates their habitat. Conservationists are concerned that habitat loss will accelerate as the global demand for minerals used in electronic devices increases.

WCS works with local communities to create a balance between human and gorilla needs. Establishing forest areas for use versus conservation can help prevent mass deforestation by large companies.

“These community concessions provide safeguards for forests and protect them from landgrabs for developments and mining and other activities,” said WCS Central Africa director Emma Stokes. “It would be lovely to just have land left alone entirely as forests, but that is impossible because these communities live there and need to use that land.”

New Zealand is getting an unconventional Covid-19 vaccination clinic in the form of a Boeing 787 plane. The winged vaccination site is being operated by Air New Zealand this weekend as part of the government’s “Super Saturday” vaccination boosting initiative.

Doses will be administered from the business class section of the plane. Guests will get a commemorative “ticket” before moving onto the economy class where they can enjoy free snacks and wait out their observation period.

After successfully keeping Covid-19 at bay for many months, the Delta variant has prompted the country’s first large outbreak with over 1,500 confirmed cases.

The airplane is a fun and innovative way to get people vaccinated, but organizers also hope that the exciting potential of travel will prompt more people to get vaccinated.

“We know Aucklanders have been doing it tough recently and we hope the idea of boarding an international aircraft for the first time in a long while will lift some spirits – while also encouraging people to protect themselves,” said David Morgan, Air New Zealand’s chief safety officer.