“When we listen and celebrate what is both common and different, we become wiser, more inclusive, and better as an organization.” — Pat Wadors

As we start off the new year with back to back celebratory months of Black History and Women’s History, we are reminded of the long journey towards full equality for society’s marginalized groups. We have come a long way, and we still have a long road ahead. Celebrating the achievements of equality warriors who have come before us and championing the effective solutions that have carried us to where we are now allows us to imagine a tomorrow that works even better for more of us.

Professional inclusion and workplace equity is one area of focus for a truly equitable society with opportunity for all. It’s one that has garnered a lot of attention lately because investing in inclusion is one of the most surefire ways to achieve equality, not only for those who experience disproportionate challenges in the traditional workplace, but also for societal wellbeing as a whole. It turns out that investing in inclusion is investing in a better world for everyone. 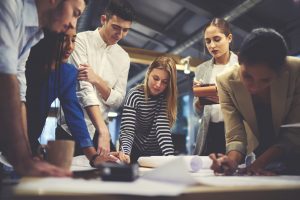 Both in business and in our communities, the fundamental value of diversifying a team lies in the new ideas and perspectives that members with different lived experiences bring to the table. Creativity and innovation come from combining different viewpoints to uncover something revolutionary, and this melding of understanding is stifled when everyone in the room shares the same background, mental models, or cultural assumptions. Tangibly, this innovation might look like more inclusive marketing strategies, goods and services that cater to a broader audience, or new perspectives on old challenges. A person who does not have full use of their hands might think up a sneaker that’s easy to put on and take off without touching the shoe, opening up a new market space that works great for busy moms as well.

The benefits of innovation and collaboration are perhaps most clearly seen in the improved revenues of diverse companies. A 2015 McKinsey report found when analyzing over 350 public companies, those in the top quartile for ethnic and racial diversity in management were 35 percent more likely to have financial returns above their industry mean, and those in the top quartile for gender diversity were 15 percent more likely to have returns above the industry mean. Companies with diverse management teams also have an average 19 percent higher innovation revenue than their less diverse counterparts. Additionally, LGBT-supportive policies have been linked to higher stock returns and higher firm value.

One study looked specifically at the venture capital industry, which has historically lagged in diversifying its workforce, and found that shared ethnic backgrounds across partners actually dropped IPO acquisition success by 26.4 to 32.2 percent. Furthermore, looking at the US economy since 1960, the study credited “25 percent of the GDP growth per capita to the uptick in white women and Black Americans of both genders” entering and progressing in the workforce. Increased diversity doesn’t just mean looking at gender, race, and ethnicity. They also found that having partners with shared school backgrounds also dropped IPO acquisition success by 11.5 percent. In a similar finding, scientific papers with ethnically diverse authors are more likely to be cited, an indication of their scientific impact and importance.

These empowerment metrics translate across all industries and markets. Even agriculture and food production have been found to benefit from diversity. Food is a fundamental requirement for all humans, and while commercial farming is dominated by male farmers, food systems are often far more productive and resilient where there is investment in women in agriculture.

Women statistically own less farmland than their male counterparts, yet the UN estimates that empowering female farmers could increase global crop yields in developing countries by 2.5 to four percent. In another study in Burkina Faso, women’s agricultural plots were found to be 600 percent more productive than those operated by their male counterparts.

Most recently, in the northern region of Cantabria it became clear that women were leaving rural villages for big 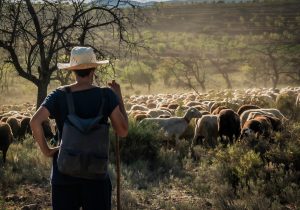 cities in search of economic opportunity. Not only were villages becoming imbalanced in their gender dynamics, but the age-old regional traditions of shepherding were also being lost and forgotten. Recognizing this issue, Susana Pacheco founded the School for Shepherdesses of the 21st Century to teach women the ins and outs of the traditionally male-dominated industry and even how to improve upon traditional methods with sustainable techniques and regenerative practices. This is leading to an infusion of creativity in raising the animals and bringing new energy back to the rural areas of the region.

Equity across different professions that removes the stereotypical restrictions of one gender or another is a big part of achieving financial equality between men and women, but these disparities in investment start long before people enter the professional world. Investment in female education is critical for global wellbeing across the board, and for molding the leaders of the future. In fact, making education for girls a central pillar of a country’s development goals has direct benefits for society that are almost without comparison. For example, when just 10 percent more girls receive an education, a country’s Gross Domestic Product (GDP) increases on average by three percent.

Okay, but profit and productivity should not be our only metrics for success. In the journey towards an equitable and habitable world, societal wellbeing and environmental health are just as important for human thriving as the traditional “bottom line,” and research shows us that diversity is a powerful tool for prioritizing these values as well.

According to a report released by WomenRising2030, gender equality in the workplace contributes to an estimated $12 trillion in new market value linked to the UN Sustainable Development Goals. Research also demonstrates that women serving on corporate boards are more likely to invest in renewable power generation, low-carbon products, and energy efficiency.

For example, Native American communities account for 75 percent of non-electrified homes in the US and the Navajo Nation, which relies on the The Colorado River and the Rio Grande river as vital resources, is already feeling the burden of climate change more significantly than other nearby communities. With more exposure to these challenges, a group of Native American women founded Native Renewables, a solar energy company whose goal is to provide renewable energy to every home in the Navajo Nation using off the grid solutions. Supporting minority-run organizations like Native Renewables means putting more money behind solutions that work for a broader spectrum of people and coming up with answers to problems many people aren’t even aware of. These indigenous female founders are a perfect example of how gender, ethnicity, and socio-economic status can combine to inform intersectional solutions to complex multi-dimensional problems and build a better future for an entire community.

What steps can we take to boost investment in inclusion? Some countries, like New Zealand, have targeted wage equality legislation as a solution to mandate equal pay for the same work for everyone and to make it easier for individuals to file claims when they feel they are not receiving the same compensation as their peers. In our agricultural example, strengthening land rights for women and offering resources on regenerative farming practices are both highly effective for giving women the opportunity to reclaim their primary sources of livelihood. 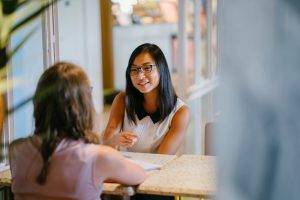 In the professional world, the Harvard Business Review advocates for making employee diversity a priority in any company or organization from its conception. Some companies, like Netflix, exemplify this strategy by making diversity a cornerstone of their work. The streaming platform created a designated fund to address and promote diversity in the media industry as a whole, not just because it supports an inclusive corporate culture, but also as a strategy to build a successful industry that caters to a diverse audience.

In your own life, patroning minority-owned businesses is a great way to support under-supported entrepreneurs in your own community. Yelp and Google have launched new features that make it easier than ever to support businesses owned by women, veterans, and people of color, and you can check out this guide on buying goods from Black-owned businesses online.

The good news is that the tide is changing. According to a 2017 report by The Business Journals, there were nearly twice as many minority-owned businesses operating in the US in 2017 compared to 2007. In 2019, a record 59 percent of directors added to S&P 500 company boards were women or were men belonging to a racial or ethnic minority group. Women and minority-owned businesses were disproportionately impacted by extended lockdowns related to the pandemic and women left the workforce at much higher rates than men amidst the economic implications of the crisis, so it’s important that recovery and simulus provisions acknowledge this and make resources specifically available to help bring these small businesses back into the marketplace.

As companies continue to diversify, the benefits of a less homogenous team will continue to appear. Equity in business is one of the strongest tools we have for building a more equitable society as a whole. Given its influence on socioeconomic status, financial equity, policy making, and sustainability, investing in inclusion is a great place to start to construct a world that is just, prosperous, and habitable for all.

Following years of poaching and habitat destruction, the population of mountain gorillas in Rwanda once numbered under 260 individuals. Now, Rwandan gorillas represent a rare conservation success and a key economic engine for the East ... Read More

Making electric cars the dominant vehicles on the road is key to curbing planet-warming emissions and protecting the climate. In a bid to reach that goal, an increasing number of countries and cities across the ... Read More

Here are 5 Indigenous-led eco-charities you can support today

The climate crisis has caused us to reconsider our consumerist lifestyles and turn to Indigenous peoples to learn from their superior understanding of living in harmony with nature. Here is a list of five organizations ... Read More

Deep into the Hercules constellation, 855 light-years away from Earth, lies a record breaking exoplanet. This newly discovered gas giant was named TOI-2109b, and the thing that makes it so special is the fact it ... Read More

Snow monkeys, also known as the Japanese macaque, are native to many of the main islands of Japan. These fluffy creatures are the most northern-based non-human primate out there, meaning they have some cold temperatures ... Read More

Germany plans to put 15 million electric vehicles on its ...